The Minister for Health, Dr. James Reilly TD, today, 27th September 2013 announced another key step in the Government’s policy of reforming hospital services in Ireland, with the appointment of Mr Thomas Lynch as Chairperson of the Dublin East Hospital Group. 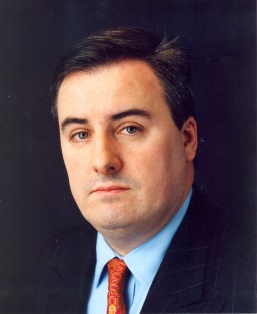 Minister Reilly said “I am delighted that Mr Lynch has agreed to take on the role of Chairperson of the Board of the Dublin East Hospital Group. The establishment of Hospital Groups is a key element of the reform of the health service in Ireland and Mr Lynch’s proven leadership skills, knowledge and experience will be invaluable in the successful progression of the Dublin East Hospital Group. I am grateful to him for accepting this appointment, I wish him well in this important role and I will be making similar appointments to the remaining three Hospital Groups in the coming weeks.”

Mr Lynch stated “it is a privilege to be nominated by Minister Reilly as the chair of the Dublin East Hospital Group. The reorganisation of acute hospital services is the first major change in hospital organisation since the foundation of the State and I am pleased to play a part in seeing this fundamental policy change implemented”.

Key benefits that will arise as a result of the establishment of groups include:

This will allow for new models of care to ensure treatment required by patients is given by the appropriate professional.

Chairpersons and Boards are already in place for the Midwest Hospital Group and the West/North West Hospital Group. It is the Minister’s intention to make further appointments to the post of Chair in the remaining three hospital groups: Dublin Midlands, Dublin North East and South/South West Groups in the coming weeks. Following this, the process of recruiting CEOs will be commenced, in consultation with the Chairpersons, through the Public Appointments Service.  The Department of Health will also then enter into discussion with the Chairpersons with a view to appointing the other Board members as soon as possible.

Editor’s Note
The Hospital Group Boards are being established to manage public hospitals within the Groups in line with the Government’s programme for reform of the health service, initially on a non-statutory basis pending the establishment of Hospital Trusts.  Consequently, the Hospital Group Boards will be replaced in due course by Trust Boards established on a statutory basis. The term of the appointments is four years or until the formal granting of Trust status, if earlier.

Thomas Lynch
Thomas Lynch is Chairman of Icon plc, one of the world’s largest clinical research organisations having served on its board since 1995. Mr Lynch has had an extensive career in the biotechnology industry serving in a variety of roles in Elan Corporation plc (1993 – 2004); Warner Chilcott plc (1994 – 2002) and Amarin Corporation plc (2000 – date). Prior thereto, Mr Lynch was a partner in KPMG and is a fellow of the Institute of Chartered Accountants in Ireland.

Mr Lynch is a director of a number of publicly and privately held biotechnology companies including GW Pharma plc, Sigmoid Pharma, Prospectus Inc and Chrontech AB.

Mr Lynch is chairman of Dublin Academic Medical Centre (DAMC), a partnership of UCD, the Mater Misericordiae University Hospital and St. Vincent’s Healthcare Group. Mr Lynch received a doctorate of laws (honoris causa) from UCD and is an honorary fellow of the School of Medicine and Medical Sciences at UCD. He serves as chairman of the board of the Queen’s University of Belfast Foundation since 2004, having served as a member of the board since 2000.

Mr Lynch served as a member of the Expert Group on Resource Allocation in the Health Service which reported in 2010 and which recommended, inter alia, the development of hospital trusts. He is very knowledgeable on all aspects of the acute hospital sector in Ireland and its relationship with primary care and health and social care generally. He has extensive experience in the global pharmaceutical and biotechnology industries as an investor, executive and non-executive director.